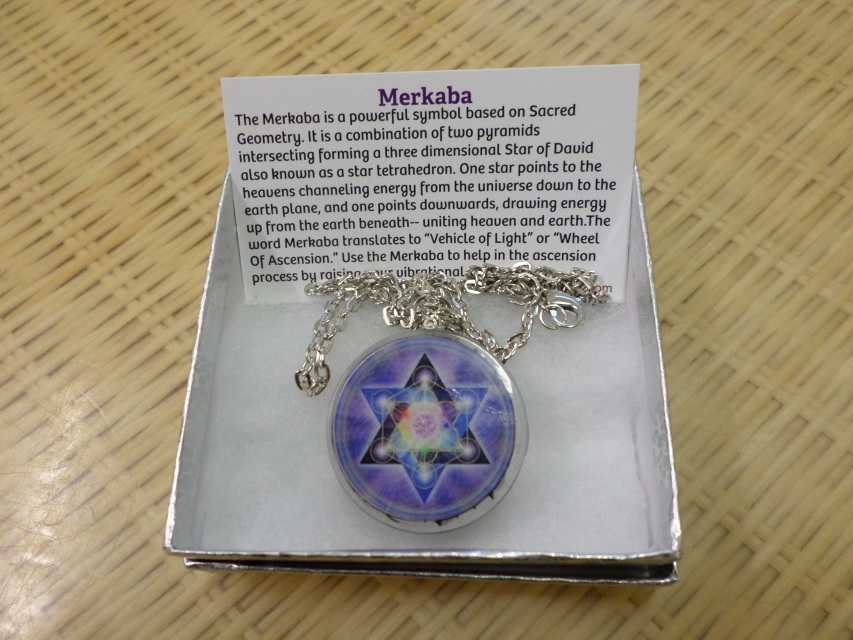 Merkaba Orgone Pendant comes with a descriptive card with the following information:

The Merkaba is a powerful symbol based on Sacred Geometry. It is a combination of two pyramids intersecting forming a three dimensional Star of David also known as a star tetrahedron. One star points to the heavens channeling energy from the universe down to the earth plane, and one points downwards, drawing energy up from the earth beneath-- uniting heaven and earth.The word Merkaba translates to “Vehicle of Light” or “Wheel Of Ascension.” Use the Merkaba to help in the ascension process by raising your vibrational frequency.

Orgonite is used to protect one from electro magnetic frequencies (EMF). It reverses positive ions to negative ions, which is beneficial to the human body. Sacred geometry, crystals and metals are used in each creation of orgonite.

Sold Out
Add to Cart
View My Stats