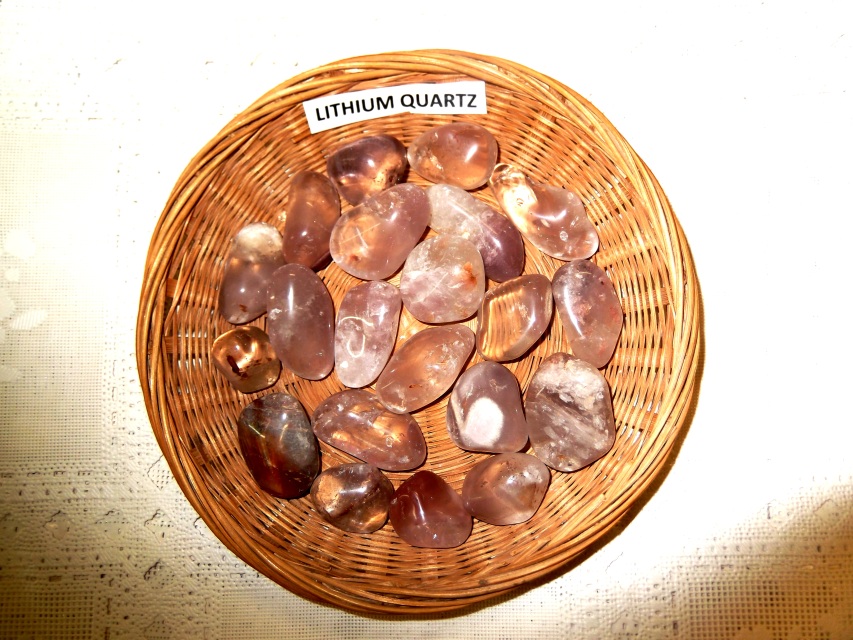 Lithium Quartz is Clear Quartz with inclusions of lithium ions. Clear Quartz activates the crown chakra bringing enlightenment and illumination, and lithium is often prescribed to people suffering from depression, hyperactivity and bipolar disorder. Lithium Quartz has a calming effect and helps alleviate stress, soothe anxiety, and release tension. It helps those who are born with a higher vibrational frequency to transmute the denser heavy vibration of the physical plane so they can live as their Higher Self.

Add to Cart
Tumbled Stones are approximately 3/4" - 1 1/4" unless specified.
View My Stats